Keep up to date with Golf related news

Royal Birkdale 2017 Open Packages The Open returns to Royal Birkdale in July 2017 which will be the 146th Open. The worlds’ greatest golfers will gather to do battle for the famous Claret Jug on the West Coast of England over one of the country’s finest and most challenging links courses. Links Golf St Andrews…Read More

Links House at Royal Dornoch, the award winning country house hotel and restaurant adjacent to the 1st tee at Royal Dornoch Golf Club, is pleased to announce a major expansion set to open Spring 2017. The 6-bedroom addition is set on adjacent property historically known as Glenshiel. The new building is of exquisite Victorian architecture…Read More

The proposed changes to the legendary Ailsa course at Trump Turnberry Resort have been unveiled for the first time at a press conference hosted at the world-renowned golf resort owned by Donald J. Trump. In less than one year after securing ownership, The Trump Organization and famed golf course architects Mackenzie & Ebert have completed…Read More 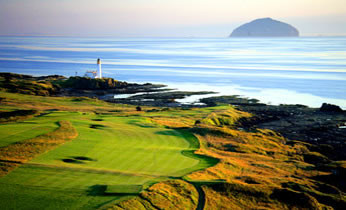 Golf Magazine has published its list of the Top 100 Golf Courses in the World 2015 as judged by their panel of experts. Scotland’s golf courses feature heavily on the list with 5 courses in the top 25 and 12 courses in the top 100. The Old Course in St Andrews is the highest ranked…Read More 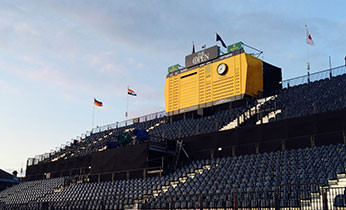 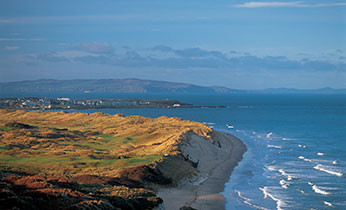 The R&A have announced that The 148th Open will be played at Royal Portrush Golf Club in 2019. The Open was hosted at Portrush almost 70 years ago in 1951 when Max Faulkner was victorious. Northern Ireland will be at the centre of the global sporting spotlight from 18-21 July 2019 as The Open is staged…Read More 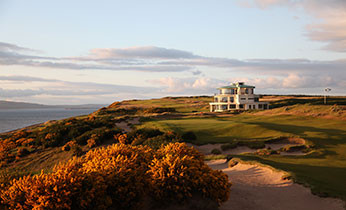 The legendary Arnold Palmer is to build his first golf course in the Home of Golf in a partnership with the world renowned Castle Stuart Golf Links in the Scottish Highlands. The Arnold Palmer Group has confirmed it is joining forces with Castle Stuart’s managing partner Mark Parsinen and his team to collaborate on a…Read More 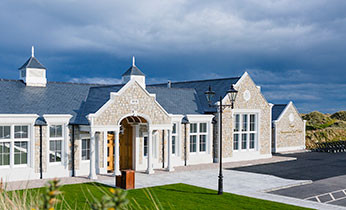 Trump International Golf Links, Scotland is delighted to announce the official opening of its new Clubhouse. Donald J Trump welcomed VIPs, dignitaries and press to the substantial granite building at a ceremony to mark this momentous occasion. Since opening the championship golf course in July 2012, guests have been serviced in a temporary facility but…Read More